Ambidextry in organisation and leadership 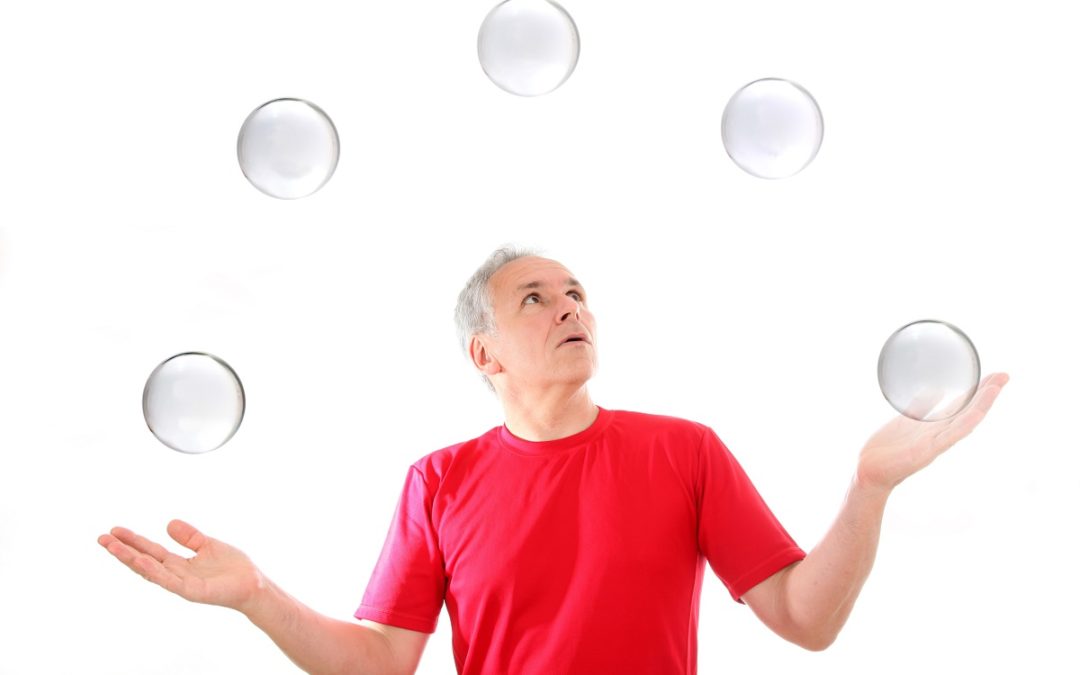 Opposites attract, they say, but they are only a fragile structure if they lack connecting elements. Ambidextry – the term used in biology for ambidexterity – creates the balancing act – between old and new – between preserving and changing.

Ambidextry comes from Latin and is composed of “ambo” for “both” and “dextra” for “right hand”; it refers to the ability of people to perform complex motor activities equally well with both hands.

It is more important than ever in companies to look at the present and the future simultaneously, to cope with contradictory demands at the same time. With the ambidexterity of a juggler, worlds are connected, and a new force emerges at the interface. This force unites the best of both worlds into a joint optimum.

Evolution and revolution take place simultaneously in companies. The familiar, which serves everyday business, is joined by a new world that must secure future business. Topics such as digitalisation, new technologies and sustainability influence innovation.

In the automotive industry, for example, in addition to the existing core business and the well-established production lines, genuine innovations, such as new drive technology, have to be developed in parallel for the company to survive on the market in the future. Ambidexterity is needed,

two different orientations are required: the preservation and further development of the existing and the need to align the company in good time with the future requirements through appropriate, groundbreaking innovations.

Often, out of the need for something new, outsourced Digi-Labs and Innovation Labs have emerged, but most have not been able to prove themselves. The distance to the core business and especially the reintegration of these parts has proved difficult.

Ambidexterity can be consciously reflected in the organisational structure and the leadership approach.

Organisationally, the conflicting demands of the present and future world can be met in the company with a combination of two independent forms of organisation. This can be much more effective than one dominant organisational form to which a second one is subordinate.

If one form subordinates itself to the other, the latter merely has a supporting effect since it must also implement the interests of the superior form. However, if these organisational forms exist independently within an organisation, both can follow their corporate principles and thus develop autonomously. This is called organisational ambidexterity.

Thus, a classic hierarchical organisational form with precise centralised distribution of tasks and powers is used where the aim is to keep processes running. The focus is on the core business, preserving created structures and ensuring a stable environment. Often these are the areas of the “cash cows” that currently keep the company alive.

A company needs “cash cows”, “stars”, and “question marks” if they want to foster disruptive developments to bring entirely new things to life. Agile organisational forms with autonomously deciding teams could be the better solution for this innovative orientation.

Played ambidextrously, the hierarchical and agile forms of organisation, each with its autonomy, lead to the best results.

Ambidextrous leadership combines these worlds: it provides stability on the one hand and flexibility on the other. It moves securely in the hierarchy and the network – ideal in each situation.

One of the most critical tasks of ambidextrous managers is to create a communication structure that ensures an exchange across hierarchical levels in both business areas.

The exceptional ability of ambidextrous people has figuratively become a broad necessity in today’s corporate landscape. It is about preserving and changing: Optimisation of the tried and tested on the one hand, and groundbreaking innovations for future markets on the other go hand in hand both in the organisation and in leadership – ambidextrously.