HOW DESIGN THINKING DIFFERENCIATES FROM BRAINSTORMING 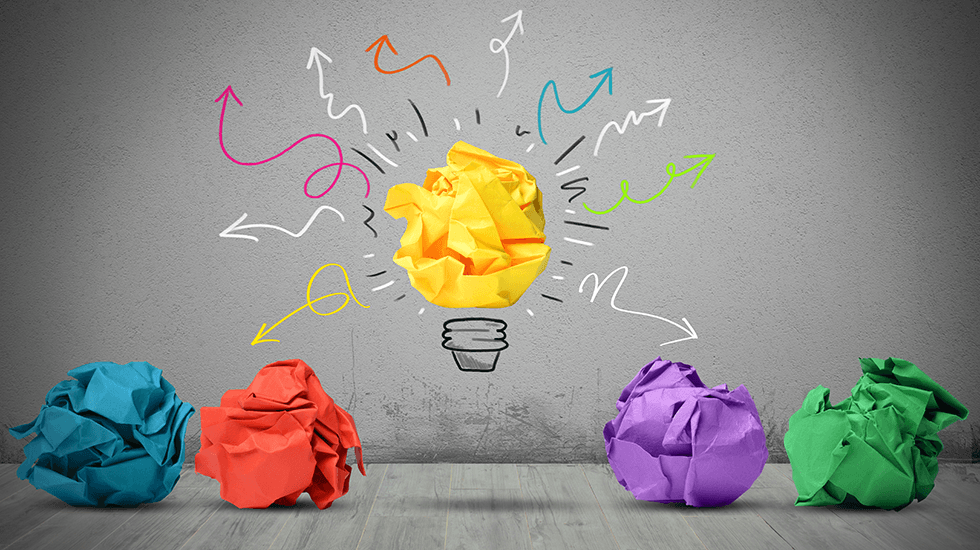 Recently I had a conversation with a client who told me that somehow his team is not as creative as it should be. He told me that he wanted much more innovation in his team, but that in creative workshops with the employees, the same topics always came up and no new things came up.
When I asked him how he organized his brainstorming sessions, he replied that, as part of his normal jour fixes, he always allowed an hour or so to think about what the team could come up with to generate new ideas. Unfortunately with little success.
When I introduced him to the method of Design Thinking, he was rather skeptical at first, but soon realized that Design Thinking “is something completely different from classic brainstorming”.

So, how does Design Thinking work?
Design Thinking is a method of creativity that follows the following principles:
Create a creative space.
The client and the client’s needs are in focus.
The key elements are communication, problem-solving support, sharing and diversity.
Experimentation and learning are the main focus.
Building prototypes instead of telling, so that ideas come alive.

After each iteration loop there is a flashback in which the learnings are recorded, which are then applied in the next round.
At the beginning of the process, the aim is to bring the team to a common “expert level”. The entire research phase is characterized by collecting material in order to document the information as well as possible and make it available to all team members. The more visualized on a large scale, the better.
In the next step, the information is condensed and the team tries to discover and work out patterns in the collected information. This produces diagram-like overviews that show the dependencies of the individual elements on each other or so-called customer journeys that describe how a potential customer uses or will use the product.

In the subsequent idea generation phase, ideas are generated. Concrete questions are formulated before the brainstorming session. In the first round, the brainstorming process usually has the sole purpose of “delivering” existing ideas. These are usually not very creative. Through additional tricks – for example creating time pressure or competition – the participants usually start to think more freely.

Then the results are structured. The most promising ideas are selected and further developed with iterative prototyping. With each further iteration of a prototype, its significance increases. A quick succession of these prototypes also helps to identify early on which paths are the most promising ones and which are not to be pursued further.

Along with the prototyping, tests and feedback loops take place. In these tests or feedback loops, the aim is to incorporate people’s knowledge, experience and intuition in order to generate new ideas.

In order to really boost creativity, not only a loop through the micro process is usually enough, but the steps need to be repeated. The Design Thinking – macro process has up to 7 iteration loops, which, depending on creativity and the result of the individual steps, can also go earlier into a solution development.

A first brainstorming on potential ideas and solutions helps the group to place all possible ideas.
Often the knowledge of the problem and a possible solution spectrum of the individual team members is different.
An initial brainstorming helps to approach the task and learn how the others in the group think.

If we look at the first 5 iteration loops, they differ in the type of question for brainstorming:

The Groan Zone is the transition from converging to diverging phase.
A change of phases can occur at any time. Experienced moderators recognize this point and lead their teams purposefully into the converging phase, in which the concrete solution is to be found.

Much more complex than “just gathering a few ideas”, isn’t it? Innovative ability is a competence – not just a method – and requires practice and involvement with this very exciting topic. Have you become curious? We offer face-to-face training and blended learning sessions on the topic of innovative ability, in which the focus is on Design Thinking.