INFLUENTIAL LEADERSHIP – Old wine in new hoses or what is it about? 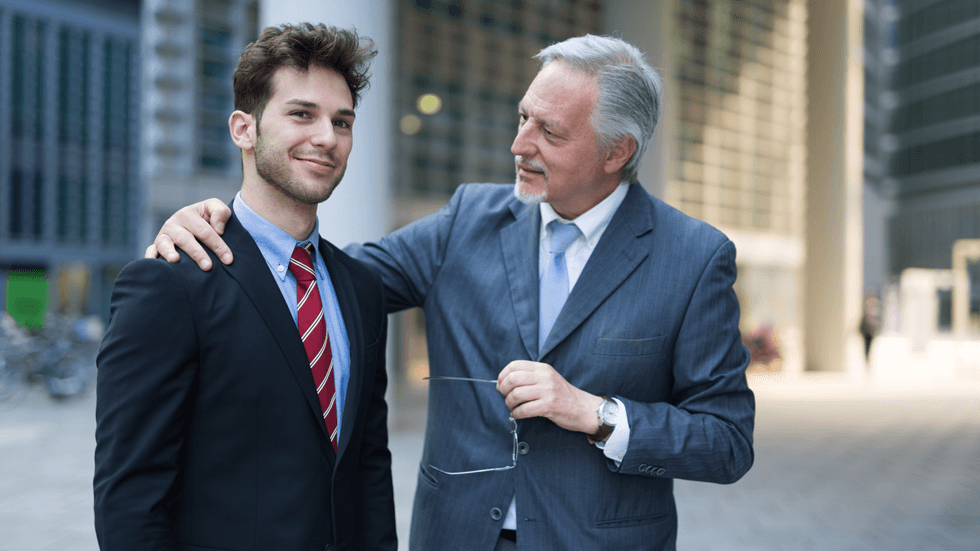 Influential Leadership has been a feature of my literature since about 2013, and I deliberately used the “Teufelshörnchen” (Devil’s Squirrels) to answer this question in order to shed light on this topic from a cultural-critical perspective.

In current leadership literature there are some principles that an influential leader should take to heart. These include among others: Build trust, show enthusiasm, listen actively and promote communication, support others and strengthen one’s self-reflection. The exciting question that immediately confronts a critical mind here is:

What is “influencing” about it?
I can fully support these principles. For me, they are a component of leadership behavior that I would expect from any halfway successful executive today. If you search the net for definitions for “Influential Leadership” you will find the following:

If one compares these definitions, admittedly taken from the Internet, they have one thing in common: “Making people do something that is good for them, or for the company, usually with the addition: without “buying” it, or whatever words are chosen for it.

I don’t know if it’s just me – but the phrase “getting someone to do something” is for me a synonym for manipulation – even if it happens with the best intentions and in the sense of corporate success. The idea that this method is very American in character and similar to the “sandwich feedback” that has flooded European leadership and training literature since the early 1980s, is something I have to classify here.

Of course, you shouldn’t forget that influencing describes a way of behaving. The manager actively does something when he “influences” – so as not to write “influences”.

How does “influencing” work?
In his book “Influencing”, Cialdini made very clear statements on this topic. As early as 2001, the American psychologist identified six classic “influencing strategies” in his scientific work, which, depending on what the counterpart is susceptible to, are more or less successful in application.

At least in the USA, this leadership behavior is part of influential leadership.

The Influencing Strategies according to Cialdini:
Sympathy: People like people who like them.
As a leader, it is advisable to look for real similarities and distribute sincere feedback.
Reciprocity: People pay back in the same coin.
As a leader, you should behave in this way or do what you want to get back yourself.
Group membership/social acceptance: People do what the members of their social group do.
As a leader, they can use the influence of socially equal partners.
Commitment/effectiveness: People are guided by clear commitments.
As a leader you should keep your word, and also on the part of the enterprise promises should be made expressly, publicly and voluntarily.
Authority: People often bow to the judgement of experts.
As a manager you should show expertise and earn the (professional) respect of the employees.
Temporary Shortage: People want more of what they can get little from.
As a manager, you can score here with exclusive information.

These influencing strategies sound very desirable at first glance and with the descriptions also used in Harvard Business Manager. But I had already promised to put on the devil’s horn and want here also the “black side” of the Influencing Strategies to regard.

The Dark Side of Power
The path between the real effort to make contact with one’s own employees and creating “sympathy” is not very long. We know that sympathy comes primarily from similarity. If, as a boss, I suddenly adapt the clothing style to my employees, if I suddenly cultivate the same hobbies or go to the same pubs, the search for “similarities” has probably been somewhat exaggerated.

The way of: I try to give what I want to get – as described above under reciprocity: I create dependencies by doing the employee a favor, or by preferential treatment, and demand the consideration later is also not too far away.

Creating social group pressure is a proven “game” that we very often encounter in project teams – we against the others. But it can also be expressed in such a way that those who conform to the views of the leader have access to more information than the others, better equipment or even career opportunities. As you can see, the path from positive influence to real influence is a short one.

Commitment is something that we read again and again as a requirement for employees. For managers, setting a good example is of course the “clean” way to invite others to follow their example.
Manipulatively used, the Influential Leader divides a big issue into several small ones, each of which is not so dramatic, and gets the “Go” for it.
Only very far-sighted employees will notice the connections and understand the implications of their commitments to the sub-projects. If the relationship between manager and employee is good, if there is trust, the big issue may not be addressed – but woe betide if not. The feeling of being taken for a ride is quick, and regaining lost trust is extremely difficult.

Using authority manipulatively is still possible (e.g. hiding behind “board statements”), but not up to date. What I find much more exciting here is the idea that the leader should at least earn the “professional” respect of the employees with the level of knowledge from 2001. 20 years later, I would note here that I would advise against acquiring professional respect as a manager. Leadership means leading and not being an expert.

The subject of scarcity is the principle of Cialdini, which is most often used manipulatively without the users even noticing it. The employees who are closer to the manager or who belong to the “inner circle” get faster and more detailed information, sometimes also “top secret” information that is not accessible to other employees. Easily justifiable by projects on which this “Top Performer” group is working – without considering that this “Info Hiding” creates a stale aftertaste for the other employees.

… and the moral of history?

In this sense – leadership is lifelong learning.