Organisational culture – what else? 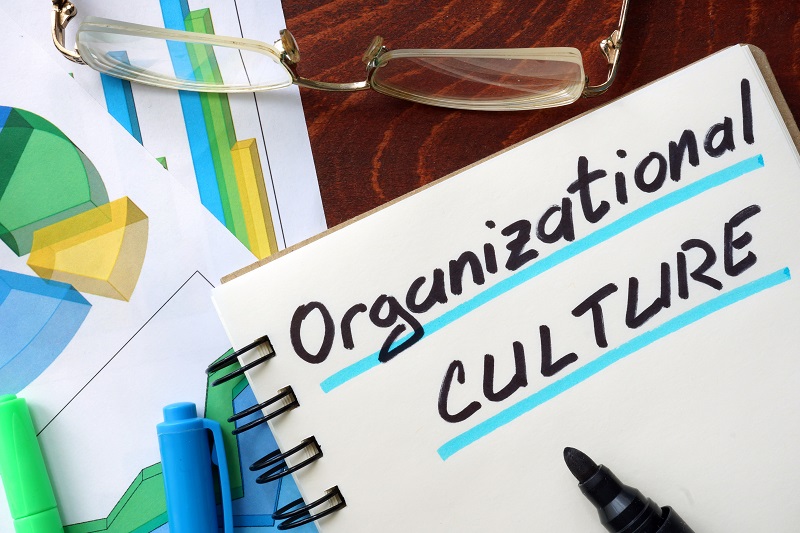 The terms “values” and “culture”, among others, are inseparable from the catchword “organisational culture”. Culture can be observed but not causally controlled or changed. Instead, culture is an effect and therefore shows symptoms and not causes. Culture can be understood as a shared memory that provides orientation. Observing culture is essential, especially in the context of organisational development.

Dealing with the term “values” also plays a central role in the context of organisational culture. What values does an organisation have? What is the value in the first place? Who communicates values?

“Values relate to the past and serve as an unconscious guide to future behaviour in the present.” [1]

Our values are formed as part of the socialisation process. That’s also the case in the development process of organisations. Basic assumptions are “learned” by an organisation and thus also passed on to its members.

Nevertheless, the awareness that observing culture can be an essential tool for organisational development is central. Whether culture per se can be “simply” changed from an actual state to a target state within the framework of a change process remains an approach that needs to be critically questioned.

Organisational culture can be seen as a collection of shared assumptions and beliefs that define how an organisation sees itself, is seen by others and – if you take these considerations further – wants to be seen! These traditional values are (un)intentionally learned, passed on and – importantly for organisational developers and change managers – also lived. The resulting unconscious self-evidence, the analysis and – if necessary – the breaking down of these is undoubtedly one of the cruxes of successful corporate management and its further development or transformation. If one understands organisations as

it can only be a long-term process of adapting them again and again.

Consequently, if the organisation’s internal and external demands no longer match, a further development, a “change”, can – indeed must – take place. Determining or analysing this match is, therefore, an indispensable part of organisational development.

Doppler and Lauterburg (Change Management. Den Unternehmenswandel gestalten; 2008) conclude that it is always possible to get motivated and willing personnel if one sees this as a critical element of every organisation. Be it through a high level of job motivation, brought about by an exciting field of employment, challenging tasks, or – much more critical – through a high level of identification with the company – and its culture! However, this is again a long-term process, but one that ensures added value in the end. This added value can be reflected financially in the figures if one wants to choose an accounting perspective and a lower staff fluctuation, including the effect of being able to do without expensive and lengthy training. A high level of identification leads to a performance increase, the willingness to invest in a company, and employees enjoying working. Let’s compare organisations to a computer, which consists of hardware and software. We can deduce that the hardware, i.e. the device’s essential existence, would hardly be used for anything without software.

Edgar Schein’s three-level model illuminates organisational culture from the following perspectives: There are visible artefacts that show the corporate culture, for example, working methods, sayings, behaviour. These allow conclusions to be drawn about the corporate culture but are often not decipherable or not recognised. On the other hand, there are the assumptions already mentioned. These are perceived as self-evident, usually not formulated and thus remain invisible. An analysis of both sides leads to the values that ultimately form the organisational culture.

In summary, it can be stated that – independent of models – the goal of the investigation/diagnosis/research of the organisational culture can only be to find explanations for why certain things are the way they are, based on an analysis of the current state. The pursuit of a possible desired status certainly requires a long process, which must be based on a real understanding of the actual situation (keyword socialisation).