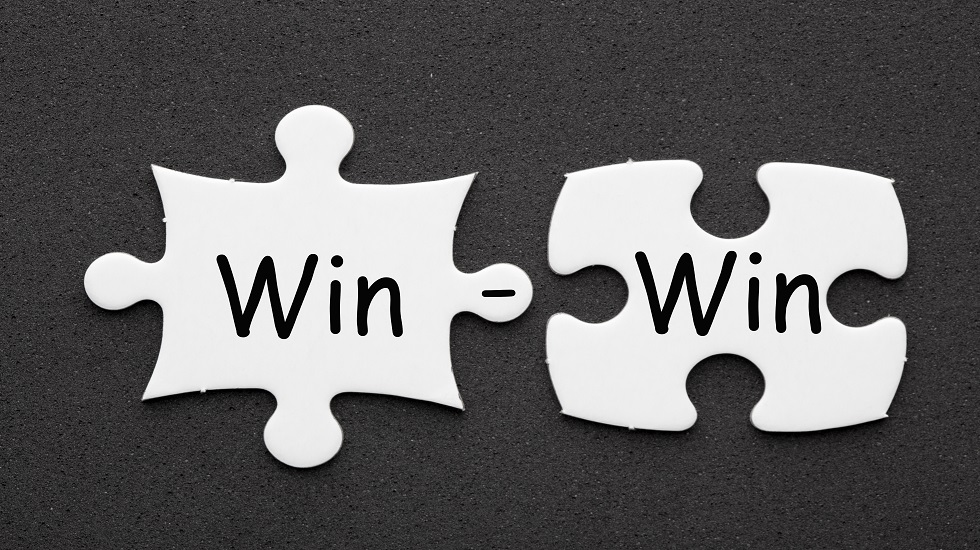 The Harvard concept or Harvard principle is a concept for factual negotiation first presented by Roger Fisher and William L. Ury in 1981. The aim is to bring about a win-win situation in negotiations. Here we explain the basics of the concept:

When do I have to negotiate?

The method of proper negotiation

At Harvard University at the end of the seventies, worldwide studies observed what successful negotiators do.

Success has been defined:

The negotiation results are viable – the negotiators can explain and justify the result so well to the client/supervisors/affected parties that they support it.
The time of the trial was reasonably short / long. There were no unnecessary detours, repetitions or adjournments in the negotiations.
The relationship between the negotiators remained strong. Both were able to enter into a next negotiation with the other without any bad feelings.

In 1979 the summary of the study was published as a book entitled “Getting to Yes”. Authors are Roger Fisher, William Ury and Bruce Patton. This book became a worldwide bestseller and has been the No. 1 negotiating guide ever since. It has been translated into over 20 languages and is now in its 23rd edition in the German-speaking world. More than 1 million books have been sold worldwide.

The important findings of the Harvard approach

Creating a win-win situation – “no losers”
A win-win situation in which both negotiators can secure central interests is economically more successful in the long term than a short-term victory in a negotiation.

Knowing the “Best Alternative” – what is my “Plan B”?
The “best alternative”, namely the clarity about what I will do if I cannot successfully conclude this negotiation, protects me from being taken for a ride.

The four key messages of the Harvard concept

a. Treating people and problems separately:

It is important that the long-term relationship with the negotiating partner is at least not damaged AND that a goal is pursued: Respectful to people, clear on the point.

Both the object of negotiation (goods, profit, stock…) and the personal relationships (regular customers, “good reputation”, saving face) are basic interests that both negotiators want to protect.

The prerequisite for this is that the situation is clear (preparation) and the climate between the two negotiating partners (different ideas, emotions, communication, clear language, listening) is right.

b. The interests count, not the positions.

It is helpful if you set your goals BEFORE the trial. Then ask:

Drawing up a list of interests helps to keep track.

The observation that successful negotiators do not wall themselves into positions but work out the underlying interests in order to build a bridge shows that both negotiating partners can achieve their goals with cooperation.

c. Develop options that offer benefits for both partners

The most efficient lever is to be able to offer the other something that corresponds to his interests and which costs me less than it brings to the other. To this end, it is necessary to find options that serve the interests of one’s own AND those of the negotiating partner. Separate finding options from evaluating options.﻿

d. Agreement on criteria and benchmarks recognised by both sides﻿﻿

Facts, incidents, ideas, options are often controversial. You can solve the problem if you find common standards of judgement, e.g. – what limited the scope of the negotiators in similar situations? Is it usual to calculate the wear of a washing machine? Which laws, processes are to be applied?

They can jointly find several criteria such as market value, expert opinions, costs, court rulings, moral criteria, but also legally legitimate criteria, and then agree on one of the criteria.

Objectifying criteria recognised by both sides are also often used, such as technical journals or generally accepted procedures for cost estimates.

Ultimately, if both parties agree, you can also get an arbitrator or expert. Here it is important to clarify: Who determines the expert, who pays him?

It makes sense to plan the four key points of the Harvard concept step by step, from one’s own point of view and from the point of view of the negotiating partner.

The four core elements of the Harvard concept build on each other:

It is worthwhile to write down short notes after the trial. Two hours later you may have lost important details again. Helpful questions are e.g.:

Source: based on Roger Fisher et al: Getting to Yes. Negotiating an agreement without giving in, New York 1991.