WORKING WITH A SYSTEMIC BORD 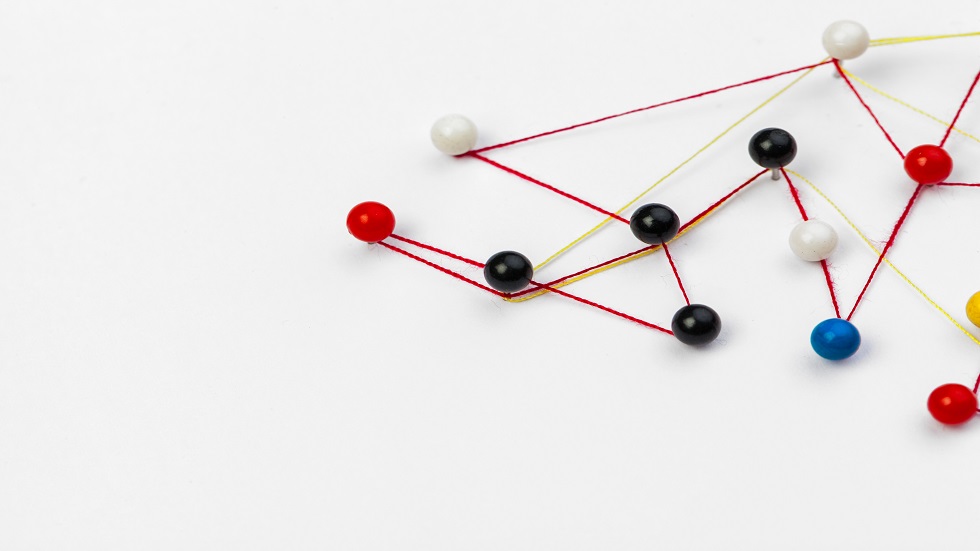 The inventor is Kurt Ludewig, University of Hamburg. The system board is a 50 x 50 cm base; originally made of wood, today mostly a hard cardboard or thin plywood is used. An edge is drawn at a distance of 5 cm from the edge. If the system board is to be used mobile, a flipchart with a drawn square of 50 x 50 cm is also sufficient.

The “latest thing” for working with the system board are 3 transparent plates mounted on top of each other with gaps to be able to work with several time horizons in parallel. The same effect can also be achieved with three system boards, which are used at the same time and each get a frame. On this board, realities can be understood, disguised and dismantled or rebuilt in order to build tangible solutions as the designer of his process.

The board always has an outer and inner space, which is marked by the line. The board is “built”. The building material consists of wooden figures of different sizes and colours. Small rag dolls or “Playmobil” figures are still used in family therapy today. The wooden figures have 2 eyes and a nose. The customer grabs each individual figure and places it on the board as he sees fit. The customer gives the figure a direction of view (depending on where the nose points), a position (where the figure stands, lies) and speaks for the figures. He says what the “lineups” think and feel and what they are busy with. Depending on availability, you can also use upside-down coffee cups or bottles with labels instead of beautiful wooden blocks. The handle or label serves as a “nose”. You can also use gummi bears. In this case it is only important to make sure that the used gummi bears are not eaten up (apart from hygienic reasons, I do not want to swallow my colleagues whom I have just “set up”).

When the client begins to set up his situation, the coach experiences a change in the client’s behaviour relatively quickly. In most cases, the customer appears insecure or tense at the beginning. As soon as customers take the figures in their hands, they embark on a learning process with themselves. The coach supports this process with helpful questions and by asking the client to look at the “actual situation” from different perspectives. The customer has the possibility to deal in peace with his “construction” as soon as his picture stands. He thus has the opportunity to become an observer of his reality – and shares this perspective with the coach.

The customer very often sees new perspectives after only a short time when he looks at his “picture”. If the coach feels that the customer is ready for the next step – the mood of the customer usually changes abruptly in the direction of solution readiness – the coach asks the customer to set up his target image, usually accompanied by the question: “What would the image look like if all difficulties had been solved? Then what would be different?” In this situation I always find it fascinating to see how the customer’s posture and energetic state change. Suddenly the movements are determined, the grip on the figures is usually much more definite than before. The customer usually already has the solution picture relatively clear in his head when he begins to put it.

Subsequently, the viewing process is repeated, and out of this “euphoria” the first measures are developed which the customer wants to implement. However, this process of change, which is now within reach, should be accompanied continuously to ensure stability in the process and beyond.

Radical constructivism provides the basis for this method. It says that knowledge is generated in man and represents a construction. Perception is thus selective, shaped by moods and attitudes and is our constructed reality. We judge and act on the basis of this constructed reality. Constructing is not a conscious, but an unconscious process in which experiences are ordered and related to each other. According to constructivist theory, a form of objectivity arises when a counterpart implicitly attempts to understand the perceptions of another subject.

In principle, systemic-constructivist coaching assumes that two experts meet. The coach is an expert in dealing with problems in a goal- and solution-oriented way, while the client is an expert in his situation. Coach and client thus form a system that is geared towards solving problems and, in particular, expanding the client’s repertoire of actions, thus offering him the opportunity to open up more freedom in his planning and actions as an option. Coach and client cooperate during the expert meeting. The customer brings his questions with him. In this way he creates the prerequisite for discovering new and changed perspectives together with the coach and developing alternative courses of action. As a result, the aim is to implement the newly developed alternative courses of action.

For this form of coaching, the system board is a very helpful instrument for opening up new perspectives and finding new approaches to a topic in a playful way.